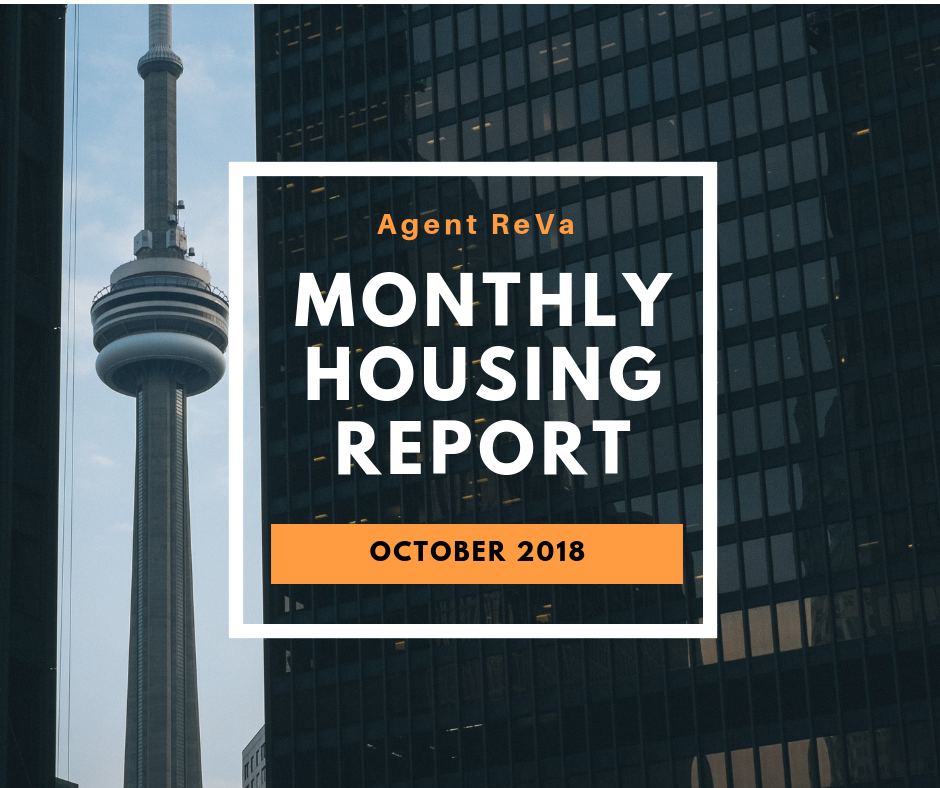 The month of October saw a lot of snow but not much difference to the real estate market! The market saw a slight decrease of 1.6% in property prices varying across the Greater Toronto Area (GTA). There is also a drop of 1.1% observed in the GTA for the number of newly listed homes between September and October. The GTA also noticed a 1% decrease from September in sales with an overall 7,492 homes being sold.

September saw an average price of $807,34 in October which is a 3.5% increase compared to October 2017, and a 1% monthly increase. The Toronto Real Estate Board (TREB) predicts that the price growth is going to continue to drive up for condominium apartments and in high density low-rise market. TREB’s President, Garry Bhaura, said that “A strong regional economy and steady population growth will continue to support the demand for housing ownership as we move into 2019” To read more, see TREB’s official monthly report.

There have been 14,431 new listings entered into TREB’s MLS® System in October 2018 which is down 2.7% compared to October 2017. This is due to the fact that sales are up and new listings were down year-over-year, suggesting that the market conditions have became tighter.

The Canadian Real Estate Association president, Barb Sukkau, blames the new stress-test rules that have shown a decrease in home sales as how much mortgage Canadians can qualify for has lowered. This is slowly stablezing as we are coming to the end of the year, and home prices are predicted to drop due to the inactive season of Winter.

There’s a lot of talk about rent controls in GTA rental market. But, With the economy improving, and a cessation of building in the GTA, rents will likely take a big jump by spring 2019. Despite various issues and the government’s attempt to throttle it, prices keep rising. The enormous unfulfilled demand for housing will ensure prices can’t drop.

So, Is this the right time to buy a house in the GTA? The answer to that is, maybe yes! According to The Balance, Christmas is the best time to put an offer on a house due to the lack of competition and people who are willing to sell a house that time around are serious sellers. So do not give up just yet!